Memoirs of a Demigod


I stand there dumbfounded, and unable to respond as she lets me go and twists open the knob to Zeus's cabin.

The door hinges squeak as it swings open and I feel Artemis give my hand one last squeeze. I know she's trying to be kind to me, but it's obvious she wishes I reject the gesture. Not that she makes it that way. I know that Artemis looks to me as a friend more than her lieutenant.

It's the other huntresses. Already I could hear Phoebe getting into an argument with one of the male demigods across the yard.

It wouldn't be long before the other huntresses began growing violently restless. The atmosphere of the Zeus cabin was cold, and lonely. Even the eyes of my father's monument don't seem to be boring into me, and I can't help but feel even more alone. Still, I make my way to the bunk in the far corner and out of view of the statue's face. It's only after I have lie down and let myself settle before I realize that I won't be able to fall asleep any time soon.

My mind was racing. After a while I got up again, pacing back and forth in the small room. I was confused. I didn't want to be here, at camp, but at the same time I couldn't see myself going anywhere else. I wasn't entirely sure of where the Hunt would migrate to next. It was winter now, so tracking was much easier in the snow and Phoebe would insist.

I personally wanted to go someplace warm, the barren ice landscapes beginning to become a hassle in my opinion. That was the lie. The cold was just making me unhappy, and sad.

But I couldn't admit that to myself. I didn't remember dozing off, but when I woke up the sun was setting. The rays of light that had been shining through the corners of the curtain bound windows were darkening. The room is chilly as well; almost even more empty then it had been before. The numbness in my limbs made me feel like I had even abandoned myself. Immediately, I sprang into action and arose from the bed.

I lit a small fire in the hearth of the cabin, kicking off my boots and socks to let them dry off. I paced barefoot, trying to get my blood flowing again and to my ease, the floor heated up in a short amount of time. When a knock hit the door, I found myself in a bigger rush as I lunged back to the fire, snatching my boots up and quickly shoving my feet back into them, not even bothering with my socks.

Instead, I found myself surprised by an unexpected visitor.


I know her face anywhere, but there is still uncertainty in my voice. Athena cleared her throat, her black and gray hair wet with fresh snowflakes. Her eyebrow raised and I blinked, looking down at feet. She didn't seem to really notice. Her mind was somewhere else, and my face went back to its normal pale state. Athena walked into the center of the cabin, exchanging glances with the giant statue of Zeus before setting herself down by the fire, taping the spot next to her. I nodded and quickly moved to her side. I noticed how awkward my walking suddenly was since my boots weren't fitting right.

After I placed myself down I bit my lip before gesturing at my feet and asking, "Do you mind? I pulled my boots off slowly, prying my socks out from the insides and shaking them back into their regular state before slipping them onto the correct feet, following with my boots. Athena stared at the fire, the flames reflecting in her eyes, which were much more deep and cloudy rather than the normal perky gray I always had seen in Annabeth's.

Athena turned her head to me. I will carry on, like I always have. My body stiffened at the words and I had to look away from her so I wouldn't bore into her eyes with hatred.

She spoke like Annabeth was born to die, and I suddenly every negative thing I could think of that the gods did flowed back into my mind, and how she couldn't help but see the lack of care for their mortal offspring. We both knew Annabeth was much more than any of the demigods ever combined, and that didn't change just because she was now in the Underworld. I shifted uncomfortably, trying to clear my head.

I had to be understanding. It was in Athena's nature to speak the logic, that Annabeth obviously would have died sooner or later like all of her other children. In , when Kagame won 93 per cent of the vote, the main opposition parties were excluded from the ballot. Dissent from journalists, political opponents or even his own lieutenants has been fiercely dealt with.

Former comrades who fell out with him have been assassinated, most recently Patrick Karegeya , a former intelligence chief, who was killed in January. Yet this is a country that continues to be held up as a prime example of how donor support can work, and Kagame is hailed as a visionary. Everything in Rwanda is seen through the prism of the genocide and Kagame has become a master at exploiting this. With the international community dithering over its guilt and failure to intervene in Rwanda, Kagame and his Rwanda Patriotic Front RPF emerged to fill the void.

They told and promoted a story — one of how they alone stopped the genocide against Tutsis. This was told so convincingly that, in the absence of any other believable narrative, it became the absolute truth. The trouble with the genocide story in Rwanda is that very little is known about what exactly happened, save for the assertion that Hutus killed Tutsis and that Kagame and his forces stopped the killings. Even where different stories have been shared, there has been a general lack of willingness to either investigate or follow up on them, because there are so many parties to the genocide story.

And each of the parties is powerful in their own sense, with differing interests. Thousands of people killed and scholars think trying to establish the truth about their murder is reckless. What has happened to the world? There is a problem, of course, with trying to rewrite history, especially if that history relates to a crime as heinous as genocide. However, part of the trouble can be that the truth has been distorted. It goes back to the problem of having single narratives.

But whereas one must condemn in the strongest terms possible any attempt to negate, deny or minimize the genocide, one must also be careful not to dismiss everything as genocide denial simply because it is different from the widely accepted narrative. When the war began, many innocent Hutus were caught up in the violence.

There are scores of accounts of people witnessing killings by RPF soldiers as they swept through the countryside. It is not a rumour, it is a fact. Then there was the Gersony Report, a detailed account of findings by experts contracted by the UN, who identified a pattern of massacres by the RPF rebels during and after their military victory.

According to the documentary, it was the British and the Americans who were instrumental in preventing the Gersony Report from being published, over fears its findings might rock the boat of a fragile new government. The BBC has certainly rocked the boat. 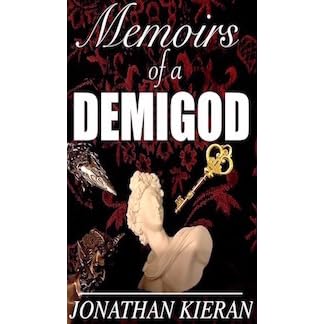 But rather than haranguing the broadcaster and threatening the documentary makers, the government and, indeed, all Rwandans, should use the opportunity to clarify a few murky incidents. It is the only way genuine reconciliation will be achieved. There are many Rwandans who will watch the documentary and wonder what they should believe. The fear is not that the documentary is shocking, but that for so many years, the world has been fed with a story that is a possible untruth.

Is President Kagame a war criminal?

The Heroes of Olympus: The Demigod Diaries

Filip Reyntjens, one of the foremost analysts of the Great Lakes region, thinks so. The documentary makes a powerful case for the prosecution. It may not be exact, but angry denial is not a defence. Patreon is a platform that enables us to offer more to our readership. New Internationalist is a lifeline for activists, campaigners and readers who value independent journalism.

It is free to read online — please support us so we can keep it that way. About us Ethical shop. Help us produce more like this Patreon is a platform that enables us to offer more to our readership. X New Internationalist is a lifeline for activists, campaigners and readers who value independent journalism. Related Articles. Forgiving the perpetrators of genocide. He spoke How the global coffee trade played a role in the Rwandan Genocide.